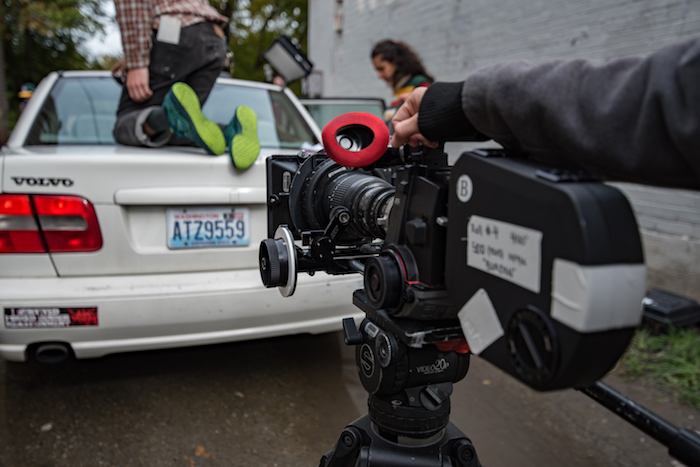 As the weather gets colder and the days shorter, the film production world here in the PNW tends to come to an active crawl. This means that while the world of freelance video production thins out for a couple of months, there needs to be something to fill the gap. Thankfully, there’s always busy work for to us to fill our time with, especially since we won’t be jumping back on set for a Fresh Cup production for some time as we work through post production on a couple of projects as well as maneuvering Way Out of Here around the festival circuit.

The next couple of months I’ll be editing together a new demo reel alongside doing some very much needed touch ups on one of my previous short films, Burden. Some of you who have been following our journey for some time now know this film had been shot some time ago, but due to priority’s of other projects and work, really giving this film the post production polish has fallen under the radar.

I had completed the last cut of the film in early 2017, but didn’t have the means to give it the proper sound treatment the film most definitely needs. Thankfully, alongside some tweaks to the cut of the film, Burden will be getting the attention it deserves this winter so we can hopefully start to bring it to you all in the coming months on the festival circuit. Stay tuned for updates on that front.